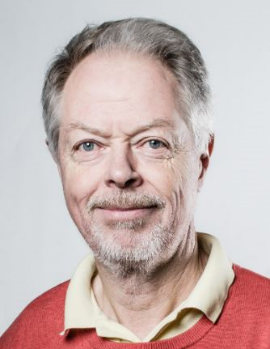 Lars-Eric Ahlm Carlsson made his PhD in applied nuclear physics at Lund Institute of Technology in 1983. The focus was in the field of PIXE and XRF with applications in both geology and biology. Since then he is been working as a development engineer/ product manager at Boliden Mineral in Sweden. His main focus has been the Boxray on-stream XRF analyzer, but also laboratory XRF and on-line froth vision analysis for flotation process control.
He is also a co-founder and senior technical advisor at Xore AB which develops and builds the Boxray analyzer since 2012.

Carlsson will discuss  the 50 year history in developing on-line slurry XRF for applications within the mining industry.

The on-line slurry XRF-analyzer (or On-Stream Analyzer, OSA) has been an important tool in the base metal mining industry for over 50 years. In base metal mining (primarily Cu, Zn, Pb, Ni) the ore from the mine is processed in a concentrator plant before being shipped to a smelter. The ore is crushed, grinded in water and then the valuable minerals are separated. Flotation is one important process and others are gravity separation and leaching to a solution. To measure the elemental concentrations in feed, concentrate and tailings in the different stages is crucial for controlling the process.

The on-line XRF technique entered the mining industry in the late 60’s and since the 90’s most flotation concentrator plants have been equipped with such systems.

The first systems in the 60’s were all wavelength dispersive systems, but in the 70’s several systems with energy-dispersive technique were built. These type of analyzers are also installed in leaching plants and in smelter operations. In the smelters applications are the control of the electrolysis process and in water purification plant.

Boliden AB is Europe’s biggest Zn-producer and produces also Cu, Pb, Ag and Au. It has five mining areas and four smelters in the Nordic countries and a Zn-Pb mine in Ireland.

Boliden developed an ED-analyzer (Boxray) in the 70’s and the first prototype was installed in the Aitik Cu-mine 1976. Since then 4 generations and over 30 systems have been installed. From 2012 a separate company, Xore AB, Skellefteå, develops, builds and maintain the systems.

Some typical accuracies for different ore types, comparison of ED vs WD and also stability issues and detection limits will be discussed.

So what are Cookies?
Cookies are small files that a website or its service providers transfer to your computer’s hard drive through your web browser (if you allow) when you browse the website. This enables the site’s or service provider’s systems to recognize your browser and capture and remember certain information. They are e.g used to provide you navigation or context or to help us understand your preferences based on previous or current site activity, which enables us to provide you with improved services. We also use cookies to help us compile aggregated (non-personalized) data about site traffic and site interaction so that we can offer better site experiences and tools in the future.

You may find even more information about cookies here (Cookiepedia).